The International Formation Council, chaired by Br. Charles Alphonse and Br. Jaime Rey Escapa, respectively the Secretary and Vice-secretary of the General Secretariat for Formation, met online in a Zoom conference from Monday the 14th until Friday the 18th of June. The discussions centered on the passage of the Ratio formationis generalis to the Ratio formationis localis, in other words, the process of its dissemination as a general document of the order to the practical applications of it into local fraternal settings: at the Conference and more particularly at the Circumscription level.

Every day followed the same schedule: opening prayer, guided reflection, testimonies of the formators, group work by conferences, feedback and sharing in the assembly, and then a closing prayer.

Monday’s introductions were given by the General Minister, Br. Roberto Genuin, who underscored some important aspects, especially fraternal life, which at the formative level is a challenge for young men to adopt and live out once they come to us. He then thanked the members of the Council for their invaluable work, reminding the assembly that there’s still much work to be done by everyone together. The first reflection by Salesian Beppe Roggia, was on “The Sense and Necessity of Ratio formationis localis.” He spoke of interculturality (being culturally sensitive in a multi-cultural setting) that enables one to see not only the richness of various cultures, but to also engage in exchange between them, thus building true fraternal relationships. Roggia affirmed that this is now an indispensable element of formation for the consecrated life today.

On Tuesday, diocesan priest and teacher Méthode Gahungu presented on “The Challenge of Incultrating the Formation Initiative”. He explained that an initiative that truly intends to be formative must begin with an analysis of the candidate’s daily life and sense of calling, otherwise it risks being no more than a set of idealistic proposals that hold no interest for that person. The content and actions that make up the training should be incultrated for an effective dialog within the arena of any set of circumstances.  This reflects Jesus, who gave exceptional example of how to have strategies ready for implementing formation in cultures.

The following day featured a presentation by former General Minister, Br. John Corriveau, who spoke of "The Capuchin charism in different cultures". From his long experience as Minister, he showed how, from the very beginning, we Capuchins have been recognized as the "friars of the people", which continues today in various parts of the world, especially through two fundamental aspects: the centrality of fraternal life and insertion among the poor.

A reflection on Thursday was given by Br. John Peter of India, a teacher in France, who's theme was "Inculturating Capuchin Values in Local Cultures and Insights". He highlighted the decisive importance of the various cultures in the process of Inculturation, emphasizing how, in each of these, there is always some element to be retained and preserved, affirming with certainty that even the smallest and apparently insignificant cultural elements have something to offer to the Capuchin charism.

Friday included a presentation by Br. Jesús García, Capuchin of the Custody of Ecuador, on "Protection of Minors and Vulnerable Adults"; former General Minister, Br. Mauro Jöhri, then gave an overview and rekindled some provocations and ideas that emerged during the week. In particular, he re-emphasized the centrality of the formation fraternity because it introduces us to and trains us for living together as brothers; he pointed out that the content of the Ratio formationis is still very little known and that there is much work yet to be done in this sense; he highlighted that we run the risk of living our religious life as a fuga mundi, while instead we are asked to be among the people, appreciating the good that exists in our given situations, while being careful to reject what is contrary to the Gospel; finally he pointed out that, in recent days, there has been too much focus on content and too little on methodology in transitioning the Ratio generalis into Ratio localis.

The meeting ended with closing remarks by Br. Roberto Genuin, who urged the councilors to involve as many friars as possible in this transition process and to move forward with confidence.

More in this category: « Meeting of the CECOC Franciscans Celebrate Chapter of Mats » 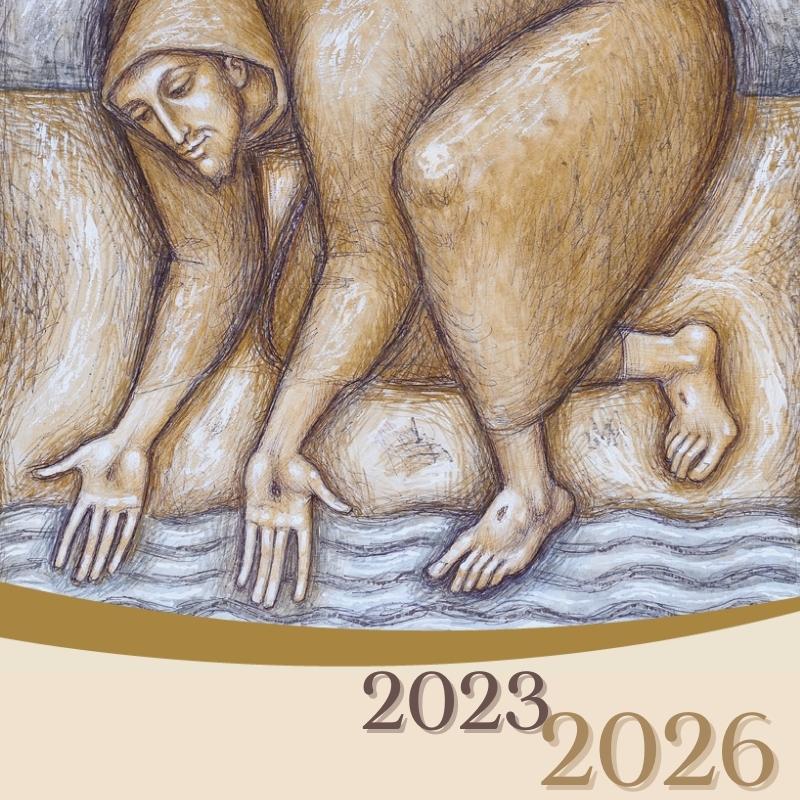