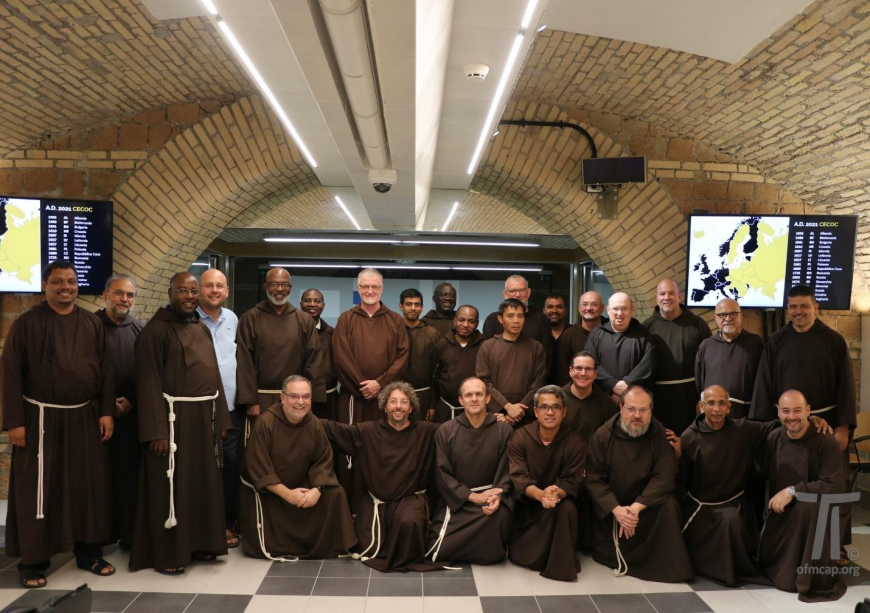 On 12 and 13 September 2022 at the General Curia, a meeting of the Presidents of all the Conferences of the Order took place. Usually scheduled every two years, this meeting has been postponed several times recently due to the pandemic.  It was an opportunity to evaluate the Order’s progress and to reflect on the current path of our worldwide fraternity in the various countries in which we are present, together with the General Minister and the entire General Council. The meeting was characterized by lively sessions, fraternal prayer and meaningful dialogue among the brothers. There were three objectives: presentations by all Conference Presidents on the realities they currently face; a discussion on the new restructuring of the European Conferences (which also involves some presences in other regions); and consideration of possible themes to be developed for the next General Chapter of the Order, which will take place in 2024.

Once again, we see that the Lord is working in our fraternities through our willingness.  We can now begin to take steps toward a new horizon for the Order with confidence and courage.

More in this category: « A Conference to help Capuchin Missions in Ethiopia and Benin International Assembly of YouFra »