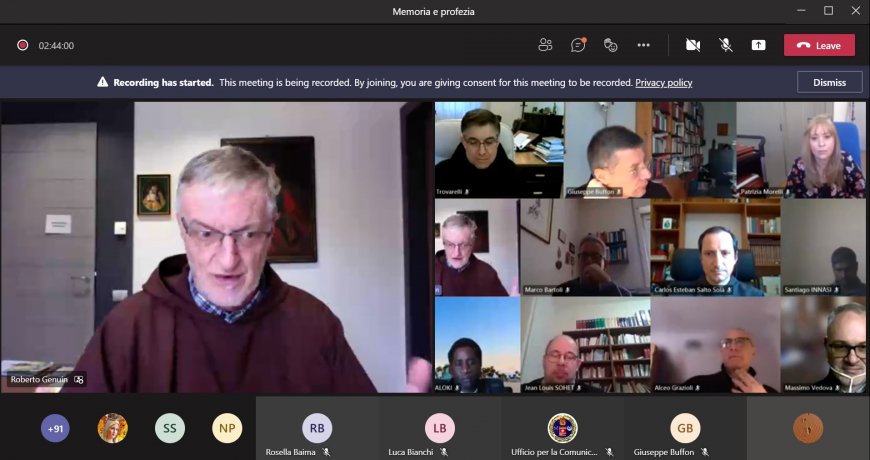 Celebration of the 50th Anniversary of the Founding of the IFS

The traditional Study Day of the Franciscan Institute of Spirituality at the Pontifical University Antonianum in Rome took place on Wednesday, March 17, but this year it took on a very special meaning, celebrating of the 50th anniversary of the birth of the Institute, which opened its doors in the academic year 1970-1971.

Due to the persistent nature of the pandemic, the event took place online and the program was reduced from what was initially intended. Introductions were given by the moderator, Prof. Giuseppe Buffon, dean of the PUA Faculty of Theology followed by greetings from the rector of the university, Agustin Hernandez OFM, and the dean of the theological faculty of the Seraphicum, Raffaele Di Muro OFMConv. A video presentation about the IFS was shown, after which the dean of the Institute, Luca Bianchi, briefly recounted the history and origin of the IFS and presented a booklet that was prepared for the occasion.

The testimonies of the Most Rev. Paolo Martinelli, current auxiliary bishop of Milan and head of the IFS for 10 years, and of Sr. Mary Melone, who served as former dean of the PUA faculty of theology and rector as well.

The Ministers together offered a reflection on "What is the mission for the Franciscan Institute of Spirituality?" which aimed to explore the tasks and specific services that the Institute is called to provide for the Franciscan family in reference to new challenges and especially in view of the new Franciscan University.

More in this category: « New Books Come Away from the Mirror »