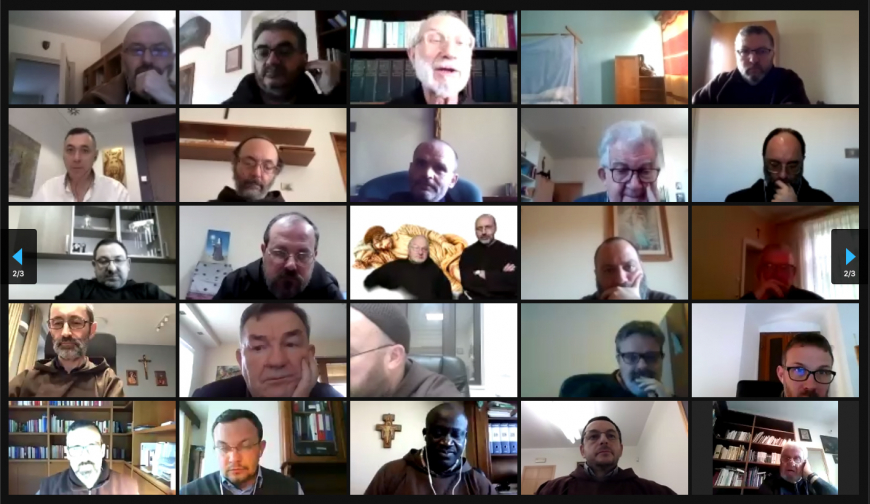 Rome. On the morning of December 14, fifty-eight Capuchin friars connected for an online videoconference via ZOOM, convened by the General Minister of the Order.  In this meeting of all the provincials, custodes and delegates of Europe, Br. Roberto Genuin once again demonstrated how things are moving along in Europe. For his reflection, he used as a starting point his own letter of November 22nd to the friars of Europe. In Europe, circumscriptions and conferences are being redefined. The initiative for European fraternities (St. Lawrence of Brindisi Project) is to be further developed and promoted. And it is important for the General Curia's administration to focus more and more on the stages of formation (postulancy, novitiate and post-novitiate) as well as on the places of study and formation in Europe. The meeting lasted about an hour and a half. Simultaneous translations were available in five languages. The General Councilors also participated, connecting from all the continents of the world, in the places where they were currently visiting the friars. After the Minister's conference came the time for questions and dialogue. Although there were some technical difficulties, this was the sole opportunity for interaction with one other.

More in this category: « An Online Day of Recollection Hope is bold! »