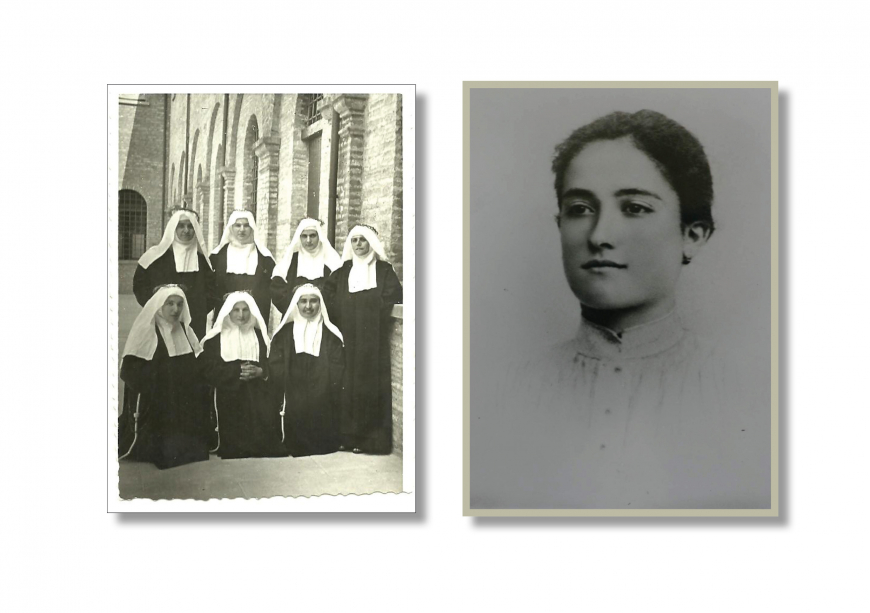 On the afternoon of November 23, 2020, the Holy Father authorized the signing of the decree super virtutibus for Mother Maria Francesca Ticchi, a Capuchin Poor Clare from the Monastery of Mercatello.

The Venerable Servant of God, Maria Francesca Ticchi was born on April 23, 1887 in Belforte all'Isauro (in Pesaro e Urbino), second child of Giuseppe and Anna Gostoli. Baptized the following day with the names Clementina Adelaide Cesira, she grew up in a serene and hard-working family environment, helping with the management of the house and with the care of her brothers -- one in particular whom she carried around for so long in her arms, that a deformation was caused in the bones of her hip.

Once a year, Clementina's family used to visit the monastery of the Capuchin nuns of Mercatello sul Metauro, built on the birthplace of the Capuchin mystic Saint Veronica Giuliani. It was during one of these visits, on August 1, 1899, that the Servant of God felt the call to cloistered life. At the age of 15, with the consent of her parents, she entered as a proband chorister on November 24, 1902.

Due to a particular and distressing situation inside the monastery, the proband period for Clementina lasted for three and a half years.

Before taking the habit, the young candidate was sent home for about twenty days where she found the usual affection, but also a certain reluctance, especially in her father, to see her enter the monastery – as was so much talked about.

She returned to the monastery on March 6, 1906, and after having overcome an acute episode of rheumatoid arthritis, on June 21, 1906 she was finally able to begin her probationary period by taking the name of Sister Maria Francesca. She made her first profession on July 9, 1910 and three years later on July 9, 1910, her perpetual profession.

In the monastery, the Servant of God lived a life of total dedication to the Lord, of faithful observance to the Rule, to prayer, to poverty, and to service and charity towards her sisters. She first had charge of the dispensary and then, from 1914 until her death, held the position of novice mistress, a service in which she was appreciated for her wisdom, motherhood and balance.

In the winter of 1907, pleurisy developed, and a relapse occurred in the winter of 1908. She was finally diagnosed with pulmonary tuberculosis. From 1915, rheumatoid arthritis was complicated by painful ulcerations in the knee and leg. In July 1915, she fell ill with typhus and bronchitis and in 1916, the tuberculous manifested itself as bone tuberculosis which affected some vertebrae. By her early twenties, due to vertebral deformation, the Servant of God appeared bent over like an old woman.

An attempt was made to intervene with some therapeutic remedies but without any apparent results. In early 1922, she was diagnosed with pulmonary tuberculosis. With great patience, striving not to be a burden to the sisters and trying to fulfill all her religious duties, the Servant of God offered herself in a spirit of reparation and in union with the Lord.

The condition of the Servant of God worsened during the night of June 19, 1922, yet she remained always alert and smiling. Having received the last sacraments, she died on June 20, 1922 and was buried in the cemetery of Mercatello.

More in this category: « Change of Status for the General Custody of Holland Mother Maria Lorenza Longo »