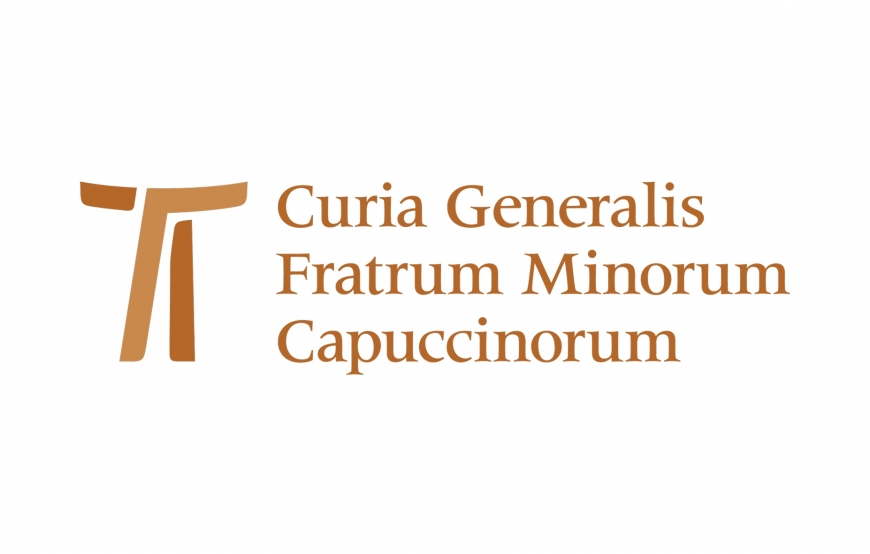 Signs have always been a means of communication. The age-old tradition of religious orders has always had its symbols. The coat of arms of the Franciscan order is a recognizable sign to all the sons of St. Francis scattered throughout the world. Since 2009, the General Curia of the Capuchin Friars Minor has had its own logo, which is now recognized everywhere. It is also the logo for the Curia website, of its mobile application and of the different social media channels with which the Curia communicates worldwide. We present here a brief history and explanation of the logo made by its creator.

“Confronted with the task of creating a logo for the General Curia of the Capuchins, I realized that there was a difficulty in reconciling two different ways of perceiving the issue. On the one hand, a long tradition beginning with the Poverello d'Assisi, set in a symbolism that recalled the Greek letter Tau – a mysterious sign in itself, with its colors, its two arms crossed, but which also recalled the charism: contemplation, poverty, fraternity and apostolate.

On the other hand, there was a need to enhance the visual identification for the contemporary user. To create a "modern" logo with the essentials while doing the best to preserve the message and the symbolism.

I found an aid for the construction of the logo in two symbolic elements: the Tau, i.e. a return to the sources and the basis of the symbolism, and a return to the ring with the seal of Francis, as a personal signature. The Tau is used with thoughtful understanding of its multidimensional Greek and biblical symbolism. The other is an appeal to the charism of poverty, in this case specifically referring above all to the shape of the logo. 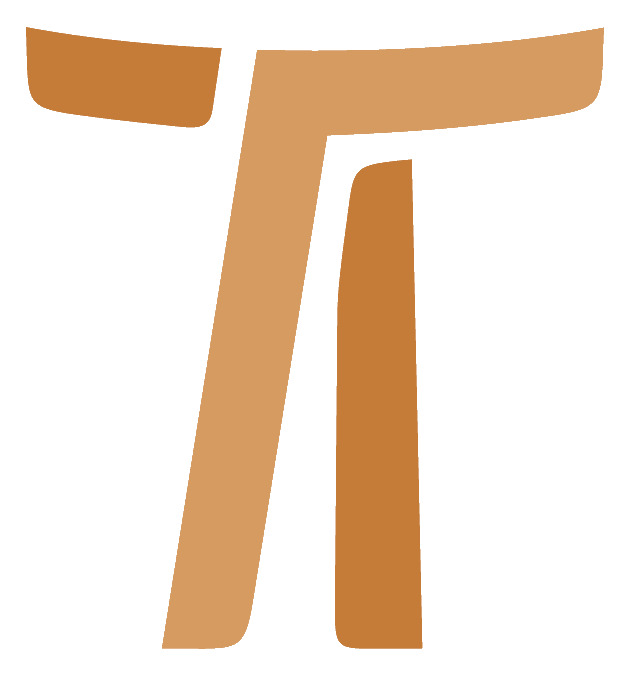 The message in its entirety and the symbolic value behind it are not always served well by simplicity. In the case of the Tau, as a simple form, which comes from crossing the vertical and horizontal beams, it’s symbolism is enclosed in a circle for insiders, yet for outsiders it remains nothing more than a literal sign "T".

The third element is the arms. Connecting them with the Tau sign, even in a reduced form, left an unambiguous interpretation, but the sign became heavier and more complicated in form.

So, unity from diversity. Two symbols, with their particularities, molded into one form: the Tau sign created by the gesture of two arms. The slight bend in the upper component is directed towards the Most High as a reference to the spirit of contemplation. The split vertical components evokes a bit of dynamism; it seems to want to take a step, which refers to the apostolate.

What do the two colors of the arms represent? A new communication, although certainly not the only one. The dark part rising vertically and pointing to the left says “here and now” and “let us recall the past”, while the light arm pointing to the right says “let’s move on to the future”; and again, the slight slant upwards means “let us always turn toward and embrace the Most High.”

The last symbolic element of the design planned from the beginning is its color: brown, reflecting the Capuchin habit. A media-friendly warm and bright tone was specifically selected.

Time will tell how the sign will be read and interpreted, as well as whether any additional symbolism might be gleaned from it during its everyday use in various media and cultural fields.

The new logo of the OFM Cap General Curia was created to give visual identification to the Curia of the Order ad intra as well as to the outside world. It is not a sign to replace the current coat of arms, which remains on official documents as an official sign of the Order. It is a sign more in terms of promotion and publication.

Today’s world, with its rapid pace and globalized lifestyle has ushered in a flood of information, especially visual; thus the window of time for contemplating signs like this while understanding its content has been cut down to fractions of a second. This limited brevity in regards to observation means that an involuntary look from the corner of one’s eye must suffice. Regarding form and communication, this has meant that our message had to be extremely concise while remaining visually appealing in order to support easy memorization. The sign functions in a visual space, so it must contend not only with other images of different types, but has to compete with other similar signs for attention in the mind of the viewer.” 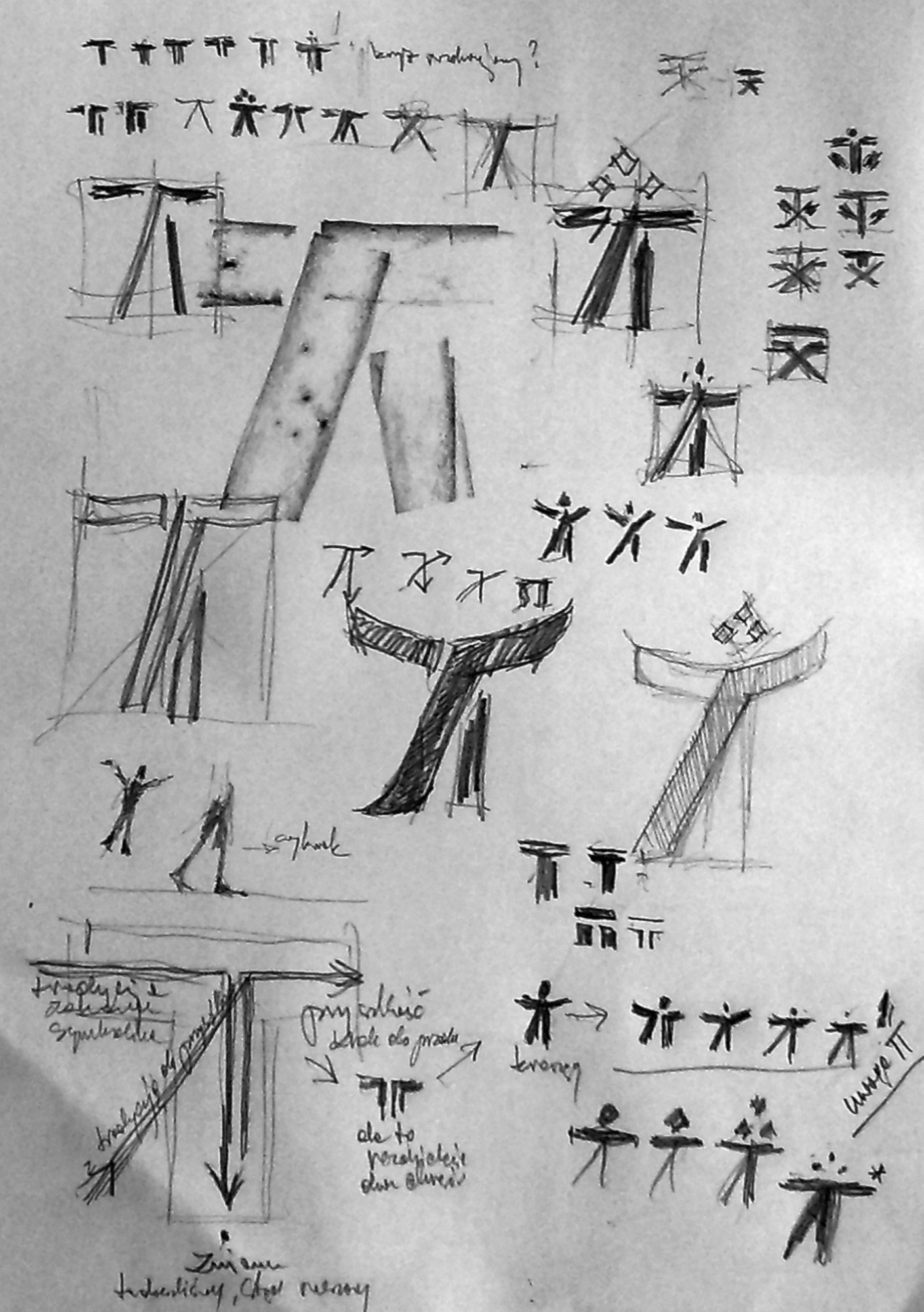 More in this category: « The Opening of the New Academic Year The Shrine of the Holy House of Loreto »